Jacob Monroe, unable to gain admittance to any other colleges near the love of his life, enrolls in the only school who will accept him: a clowning school. He soon regrets his impulsiveness, though, due to his lifelong fear of clowns. What follows is a reluctant hero’s journey to find love…but more than that, to find and accept his inner clown. Billed a “meta-theatrical tragicomedy”, this play juggles many forms of theatrical comedy and Sundown’s production was influenced and inspired by Commedia dell’Arte, clowning, pantomime and improvisation. 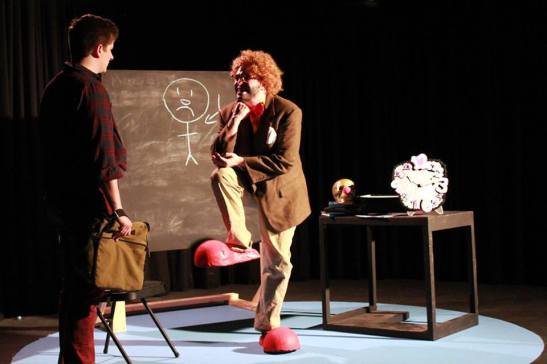 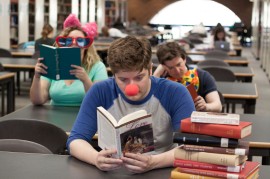